Protecting Freedom for All 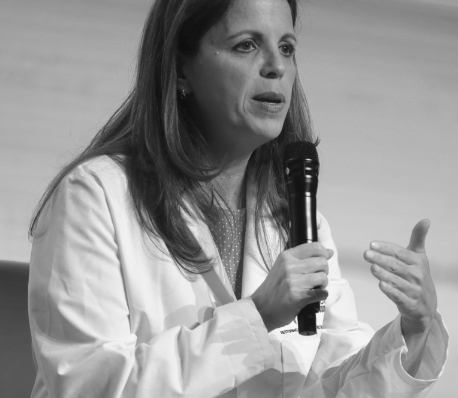 The Founder of America’s Frontline Doctors.

Internationally known as “the Doctor who went viral”, Dr. Gold is a formerly 20+ year board-certified emergency physician and author of the best-selling book, “I Do Not Consent: My Fight Against Medical Cancel Culture.”

Dr. Gold’s mission is to make America’s Frontline Doctors the leading voice of common sense and scientific clarity in the fight to defend our Civil Liberties.

Dr. Gold graduated from Chicago Medical School before earning her Juris Doctorate from Stanford University Law School. She has worked in Washington, D.C. for the Surgeon General, as well as for the Chairman of the U.S. Senate Labor and Human Resources Committee.

She is a frequent guest on media outlets across the country and has appeared in USA Today, the Associated Press, the Guardian (UK), New York Times, and many other publications. She has been featured on nationally syndicated programs such as The Tucker Carlson Show, The Ingraham Angle, The Glenn Beck Show, The Charlie Kirk Show, The Dennis Prager Show, Day Star Television, and others.

America’s Frontline Doctors and Dr. Gold are based out of Naples, Florida.

Dr Simone Gold: The Truth About the COVID-19 Vaccine

DON’T HAVE TO DIE

The Cost of Courage