Humanity is being divided into two distinct groups, with an ever-shrinking gray area in the middle. There are many differences between these groups, but the most fundamental difference is that one side attracts people who fear God – truly fear Him – and the other does not.

There are certainly “religious” people on the other side. There is no shortage of religious leaders of every denomination who support forcibly injecting people with a vaccine and dehumanizing those who resist. These people are indispensable to the anti-God side; for evil to really thrive it needs a kosher stamp.

This week we read about Sodom, which seems to be the role model for much of the “enlightened” world today. The people of Sodom were not savages in the jungle; they were wealthy and sophisticated. Naturally, they only wanted to live among “elites” such as themselves. To prevent undesirables from spoiling their refined ecosystem, the people of Sodom legalized persecuting them. Giving charity to a poor person or shelter to a traveler were strictly prohibited. This was for the greater good, of course, to protect the wealth of the city.

The Talmud (Sanhedrin 109B) relates that a girl from Sodom took pity on a poor person and smuggled him bread. The people of Sodom were dismayed that the poor person wasn’t dying of starvation. They conducted an investigation and caught the girl. For the horrible crime of feeding a hungry pauper they lathered her body with honey and placed her on the wall of the city, where she was stung and eaten by bees until she died.

Nowadays such moral depravity is becoming increasingly fashionable, and not just in the gated communities of the “elites”. Entire countries are gradually dehumanizing the “murderous anti-vaxxers” and promoting cruelty towards them. Citizens are being encouraged to snitch on those who dare expose their deadly faces and sneak in unobstructed breaths. Berating people in public, even assaulting them, is considered virtuous.

At the same time, treating these outcasts with dignity and kindness is becoming criminalized. In some parts of the world, spending time with The Unvaccinated, giving them a ride, or doing business with them will earn a massive fine. Hospitals are refusing to provide them with life-saving care. Doctors who consider it their moral duty to treat an actual terrorist the same as his victim openly call for the unvaccinated to be left to die.

The government, the media, and even religious leaders encourage this. For the greater good, of course.

It is hard to see a meaningful difference between this and torturing a charitable girl to death. The Sages teach that the girl’s screams were a tipping point in the heavenly judgment against Sodom. There was no slow decline. One day Sodom was riding high, and the next day God obliterated the city.

It doesn’t have to take long for God to bring down the evil behemoths in our day, either.

When Avimelech, king of Gerar, asked Abraham why he claimed Sarah was his sister, Abraham replied that there was “no fear of God in this place”, and they would have killed him if they knew she was his wife (Genesis 20:11).

The commentators Netziv, the Malbim, and the Chiddushei HaGriz (the Beis Halevi on the Torah) all explain this in the same way. Although the people of Gerar were civilized and “enlightened”, their morality was determined strictly by their own intellect, without fear of God. Such people are powerless against their own natures and desires. When confronted with a moral quandary that stands in the way of their desires, their intellect will rationalize that which is evil.

There is only one force that can be trusted to steer a person away from sin: fear of God. Those who are guided by fear of God, who know that God is watching them at all times and knows their innermost thoughts, will not easily fall prey to sin. They will not find it easy to rationalize evil. They may succumb to their temptations at times, but fear of God is the ultimate emergency brake. Those who lack fear of God have no boundaries. If they cannot cross a red line they will simply redefine it as green.

It is no coincidence that the greatest evils are once again being perpetrated by those who are educated, intellectual, sophisticated, and genteel. They speak in highfalutin terms about saving the planet and all those who roam it, though they will need to eliminate many of the latter (themselves excluded) for the sake of the rest. You go first.

The cold-blooded murder of enough people to make every Holocaust seem puny by comparison is sanitized as “depopulation”. It is a charitable act for people to die so there will be enough air and food for others, they proclaim from their estates. Especially old people, unborn children, the sick and suffering, and other useless people. Then come religious people, parents who won’t surrender their children to the state, and anyone else who gets in the way; these are “domestic terrorists” who threaten the very planet.

They speak of saving democracy while they impose their will on the people, who have no real say in any of it. They must own everything and control everything, for your own good. Just so we can get back to normal, of course. Being totally abnormal is the only way.

It is also no coincidence that this “elite” class is categorically irreligious and anti-religious, though they profess otherwise strictly for show. God can’t save us, but they can. God wants them to save us, with their injections, and their endless new rules, and their restricting how we even pray to God. We now serve God by not serving Him, they tell us, with “religious leaders” nodding in approval. They blaspheme God every time they mention Him, for they are at war with God in everything they do. They have many gods, but they have no God.

The religious mascots they recruit to kosher up their evil pay lip service to God, while demonstrating no fear of Him in their actual lives. They cloak themselves in a mantle of righteousness, a pretentious fig leaf to cover their spiritual bankruptcy. If you can look past the religiously ostentatious exterior, you will see very small, petty, unimpressive people – often monstrous people.

Just yesterday, the wicked British government, their Sodomite judges, and their Satanic “doctors” murdered Alta Fixsler, a baby girl, because they decided that ending her life was the merciful thing to do. They literally held her hostage and fought for the right to kill her. Such mercy! How wonderful to live under the rule of people who decide with their great intellect and morality – absent fear of God – when someone is better off dead!

According to these monsters who prey in particular on the weak and defenseless, Alta Fixsler should send them a thank-you note from the next world for ending her worthless, unbearable time in this one. That is, if they believed in a next world.

An Erev Rav in Israel who calls himself an “ethicist” has referred to the unvaccinated as murderers, yet in the case of Alta Fixsler the best he could muster was that the decision to end her life at this time was “wrong”. His unhinged rhetoric against the unvaccinated and tepid response to actual murder are both consistent with his fealty to Israel’s anti-God, elitist ruling class (and his cozy position within it). His “ethics” are determined by what his patrons need from him, not fear of God.

Alta Fixsler’s murder in the name of good is not an isolated example. This goes on around the clock all over the “civilized” world, where human life is nothing more than a commodity, to be preserved or discarded based on its “value” to those in charge. Human life has never been so cheap. A human being is worth less than the sum of his parts that can be harvested.

“Woe to those who call evil good, and good evil; who make darkness out to be light and light to be darkness; who make the bitter out to be sweet and the sweet to be bitter.” (Isaiah 5:20)

The Bartenura explains that before one learns wisdom, he must resolve to learn it for the sake of fearing sin.

The world is full of wisdom today, but all this wisdom is learned specifically to enable sin and rationalize it, to portray evil as good, darkness as light, bitter as sweet. This wisdom will not last.

There is no fear of God in their place.

There will be soon.

Rabbi Chananya Weissman is the founder of EndTheMadness and the author of seven books, including “Go Up Like a Wall” and “Tovim Ha-Shenayim: The role and nature of Man and Woman.” He is also the director and producer of a documentary on the shidduch world, “Single Jewish Male,” available on YouTube. His work is available at chananyaweissman.com. He can be contacted at endthemadness@gmail.com 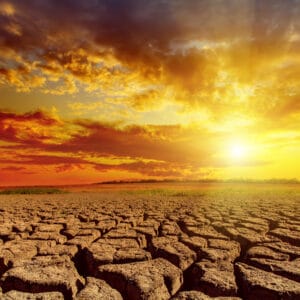